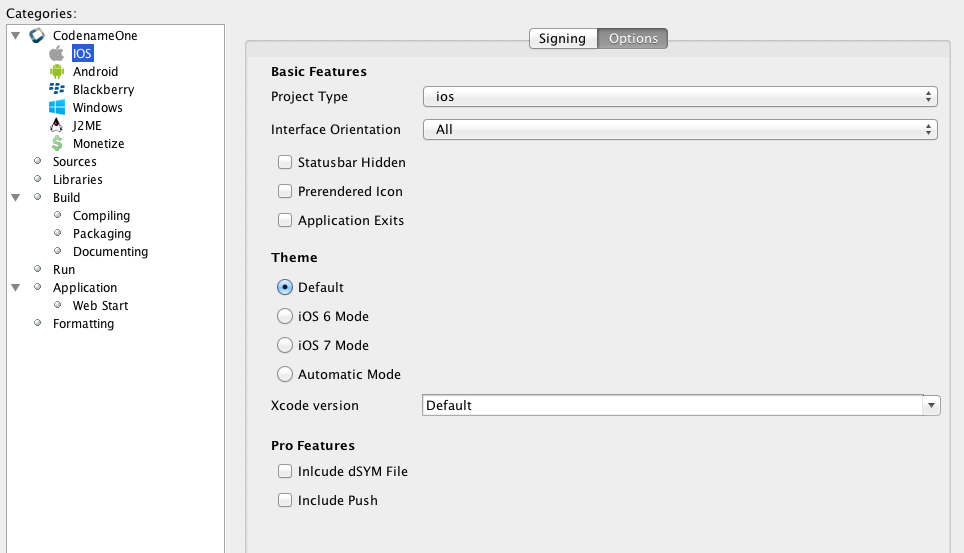 Its been a long time coming, the main delay in getting iOS 7 support into your hands has been with the need to upgrade all the servers. Apple seems to require OS upgrades as well when it updates xcode so we had to go one by one and update everything.


This is now all in place and you can start building apps that take advantage of iOS 7 functionality and are built using xcode 5.

theme and xcode 4.5 and will act like it has for the past year or so. However, we now provide you with the ability to use xcode 5 for building and indicate a theme mode.


There are 4 theme modes:

You can define these by setting the build argument ios.themeMode to legacy, modern or auto.

On NetBeans you can use the UI we just added in the latest plugin (seen in the screenshot here).

match, that is why we added iOS 7 versions of all the iOS device skins to the skin section. Just select More in the simulator skin menu to download additional iOS 7 skins.