We recently added a new tool to the
Codename One simulator that will allow you to run arbitrary code
snippets in your app’s runtime environment.   You can access
it from “File” > “Groovy Console”, while your app is running in
the simulator.

This will open the following dialog
that will allow you to execute arbitrary Groovy code: 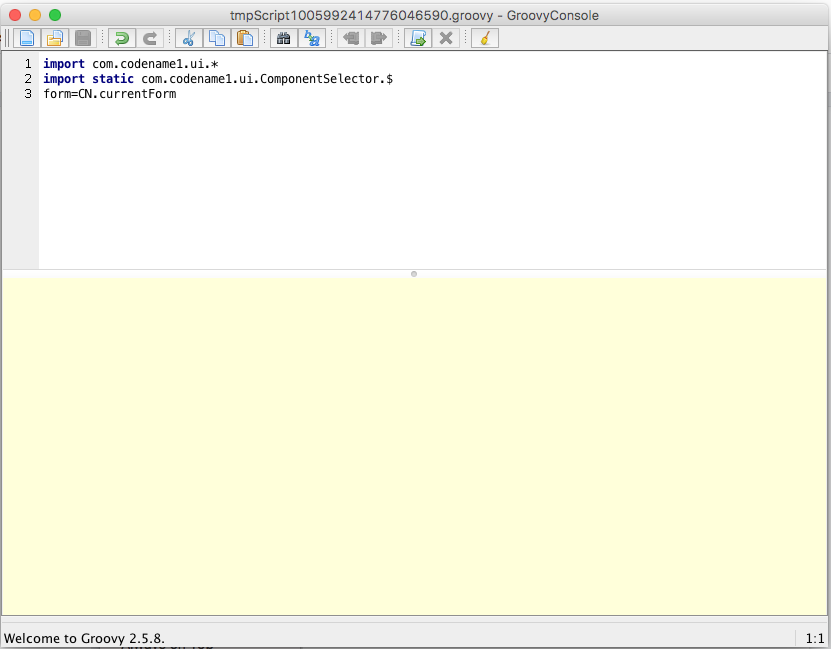 As you may suspect, you should use
the Groovy programming language in this console.  If you’re
not familiar with Groovy, don’t worry.  The language is
basically just Java with some nice short-cuts.  In fact, in
many cases, you can probably just write Java code, and it will
still work.  Personally, I like the way that Groovy lets you
refer to object properties via their property name, so you don’t
need to use the getter or setter methods explicitly.  E.g. You
can do “form.title”, instead of “form.getTitle()”, to get the
form’s title.   The former is converted into the latter
automatically for you.

As a simple first example, let’s get
the current form’s title and print the value in the console.
The default content in the console already has a reference to the
current form via the “form=CN.currentForm” line.  So all we
need to do is add:

Then press “Command-Enter” (or
Ctrl-Enter on Windows/Linux”), to see the output.  You should
see something like the following in the bottom-half of the
console:

You can also interact with the UI.
Create forms, components, dialogs – or essentially create
entire apps.  Below, you can see us displaying a simple dialog
directly in the console. 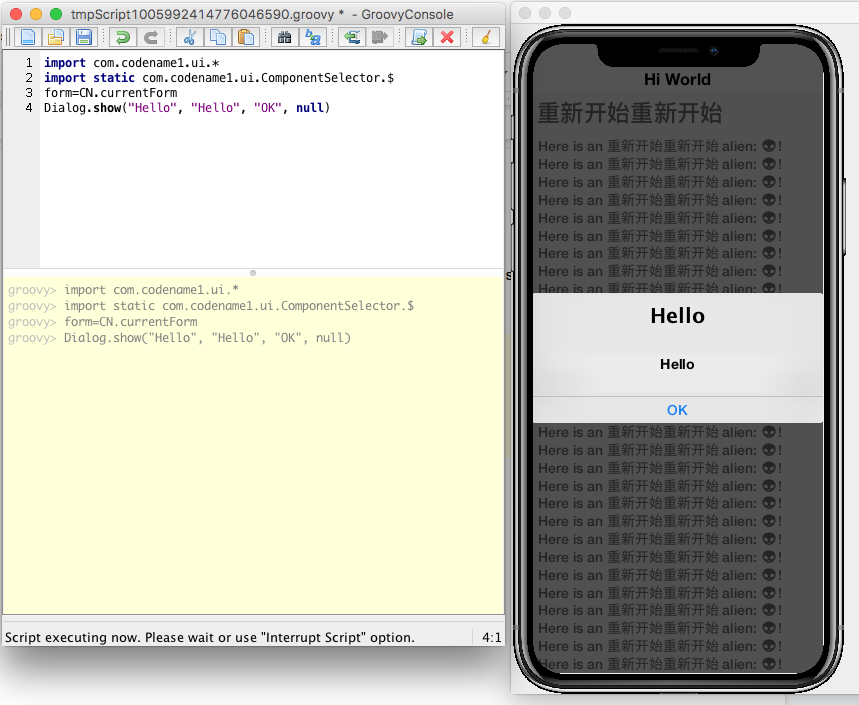 My most frequent uses of the console
is to find out the properties on some component in the UI.
For this sort of thing, the ComponentSelector class is an
invaluable tool.  It makes it easy to find the components that
you’re interested in, and to inspect its state.

For example, we might want to look
at the font height of all instances of the Label class on the
current form: 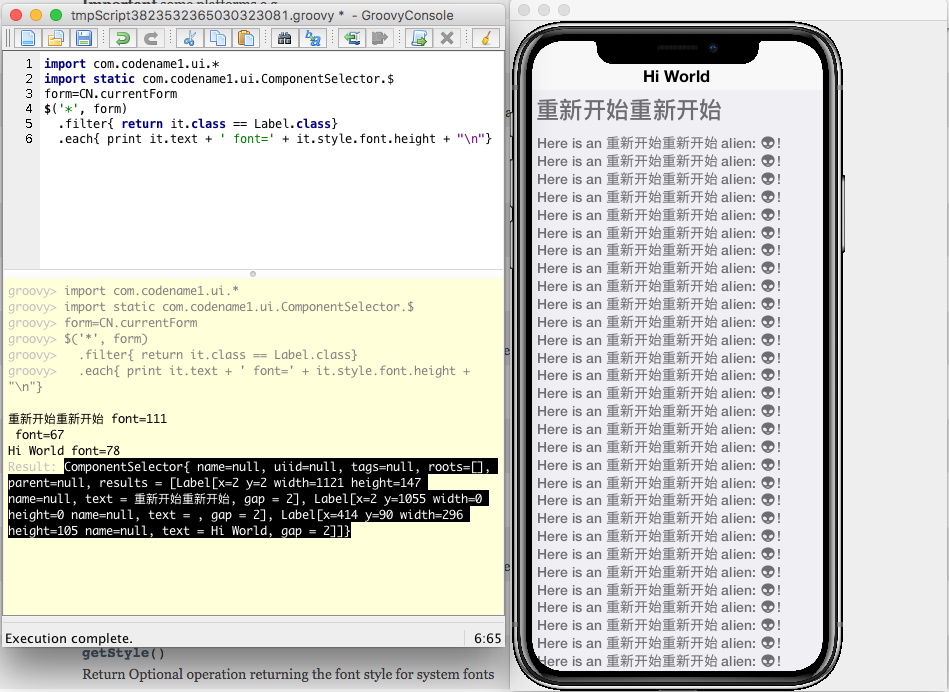 The above example demonstrates some
fundamentals of both Groovy, and of the ComponentSelector
class.

One potential area where the console
may have some powerful uses, is in the area of trouble-shooting and
bug reporting.  If a developer asks the community for help in
debugging a problem in their app it is now possible for community
members to share snippets that might help to diagnose the problem.
It was already possible to share snippets, but the console
makes it easier to provide advice like:  “When you get to the
part of your app that is having the problem, try running this
snippet of code inside the console, and let me know what the output
is”.

Versus
Debugging in the IDE

It is worth noting that you could
already inspect the runtime state of your app using your IDE
debugger.  You can pause the app, then evaluate arbitrary Java
expressions to see their output.  You can Add break-points,
and even make source code changes that are applied seamlessly at
runtime.  The console is not meant to replace this
functionality.  It is meant to provide a slightly
lighter-weight approach to achieve many of the same things.

You’ll have to find your own usage
patterns, but I have found that it is handy to be able to just open
up a console, whether or not my app is being run in “Debug” mode,
and start tinkering with some code to get a clearer picture of what
is going on inside my app.

I’ve only posted a couple of simple
examples of how you might use the console, but the sky is the
limit.  Please share your own snippets and tips if you
discover any tricks that might be helpful to other users.  You
can share them below in the comments.