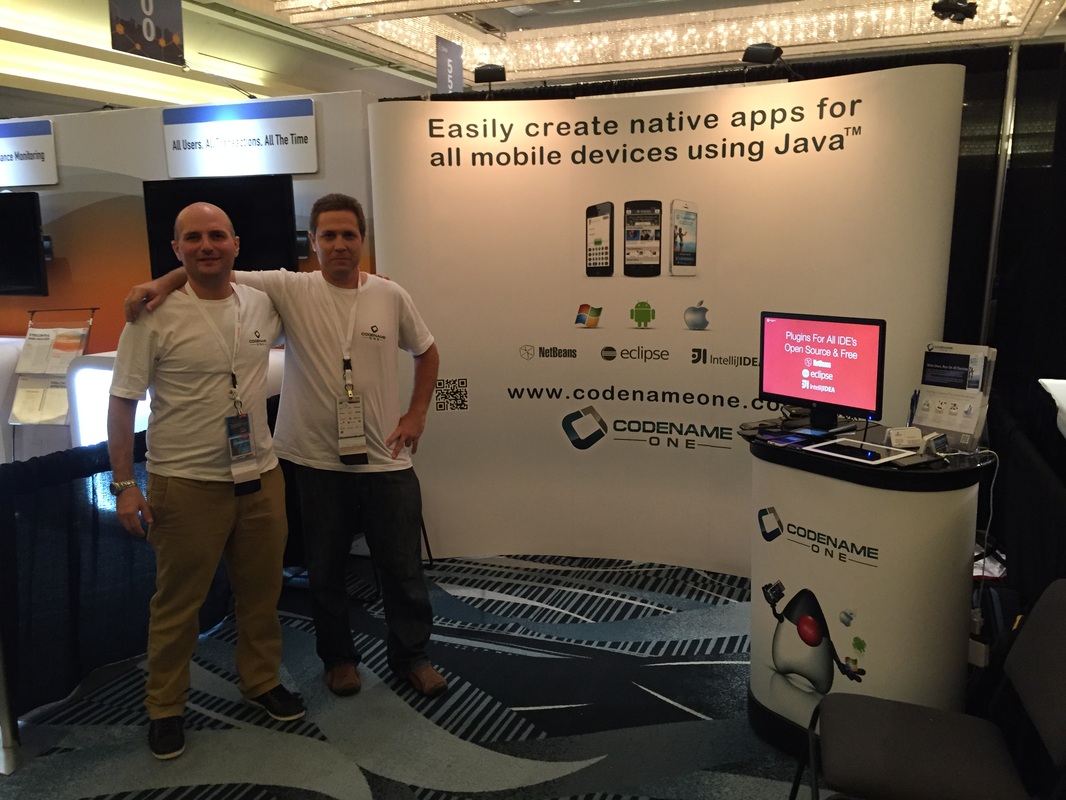 This is going to be a radically different trip report, we weren’t just talking at Java One this year we were actually presenting with our own booth and would probably do so again next year. Last year we tried to purchase a booth as well but were unable to get in contact with the right person at Oracle before the conference sold out (which was a shame, I understand some pavilion space went for free). This year we were ready though and were able to secure a small space but it turned out to be a great conference to us and we got the word out far/wide. On the right you can check out Chen & Myself at our booth just as it was setup.

, the room was so packed that Steve Hannah couldn’t get in (standing room only).

If you haven’t been to San Francisco its truly a unique microcosm within the USA, a beautiful city with painful poverty and noble ideas. Here are some unique pictures that represent that city perfectly in my mind. 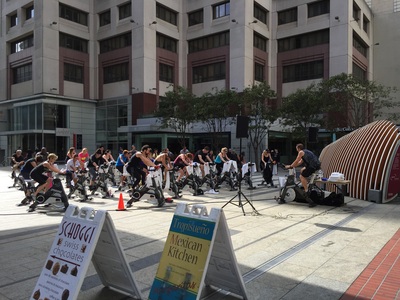 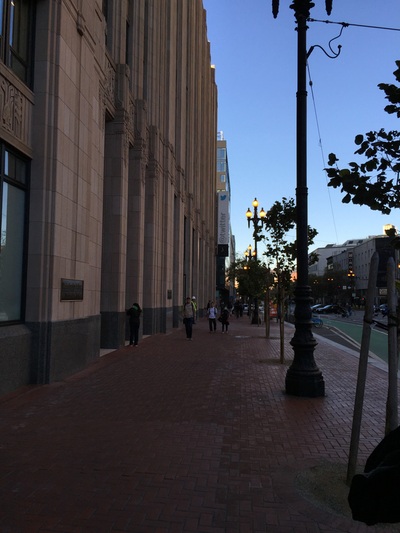 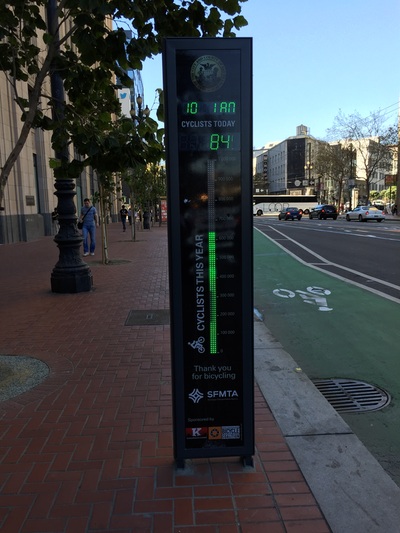 If you haven’t been to JavaOne in recent years (since it left Moscone) then you need to check out “Taylor st. Cafe”. Oracle literally closes a portion of Taylor street that passes next to the Hilton and sets up a coffee shop in the middle of the streets (the whole thing is carpeted and perimetered very efficiently). The effect is pretty amazing and on Sunday we had the first “official” JavaOne party over there which was pretty cool. I spoke with some interesting people and had a blast.

On Monday thru Wednesday we spent all day in the booth talking to people and telling them about Codename One, by our estimates we pitched to about 700 different individuals in the 3 pavilion days so we didn’t get to see any sessions other than our own (a first for me at JavaOne). We did get to go to the parties at night if we could drag ourselves after running around pitching all day e.g. on the first night there was an empire of the sun concert. We didn’t know the band beforehand but they were pretty great and gave an amazing show filled with pyrotechnics which were damn impressive. 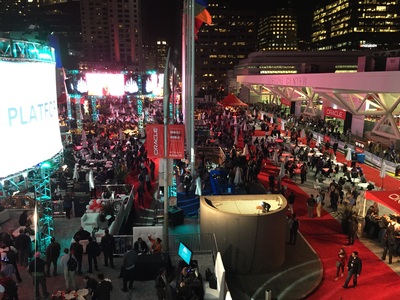 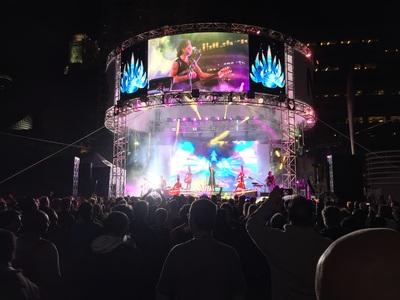 Since the booth work was so busy we don’t have that much pictures other than this one taken by Geertjan (on the left you see Chen, Steve Hannah & me), we did give away all of the suitcase load full of shirts and brochures we brought to JavaOne and we also had a raffle to win a Moto 360 smartwatch Geertjan graciously did the name draw among the contestants and Chen handed the watch to the winner, in all the excitement we completely forgot to write down his name or details but we have his picture and the draw below. 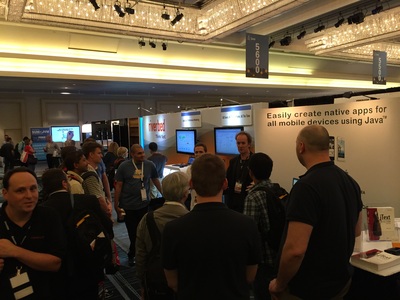 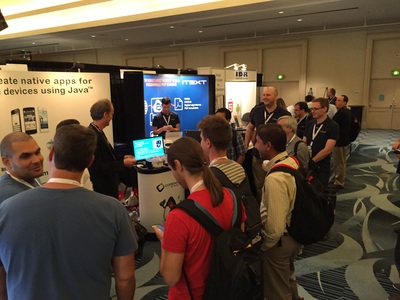 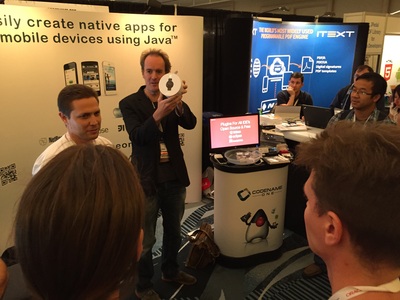 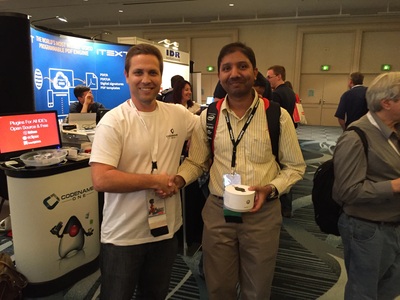 Thursday was full with meetings, gift purchasing for the kids and our session. The session was literally in the last time slot at JavaOne and I saluted everyone in attendance for staying until the end. It was a tough session to do since my abstract was flawed and the session had multiple separate premises to it that weren’t clear, I think I handled it reasonably well and people laughed at my stupid jokes which is normally a good sign.

I did the entire session from my iphone which was a mistake in retrospect since the display preview was too small and the display kept locking the screensaver (which never happened with the ipad), but I wanted to demo Codename One apps running on a real device which was pretty sweet.

This post is actually going live from India where I just landed the other day, Namaste.