We took a new direction with the camera kit cn1lib 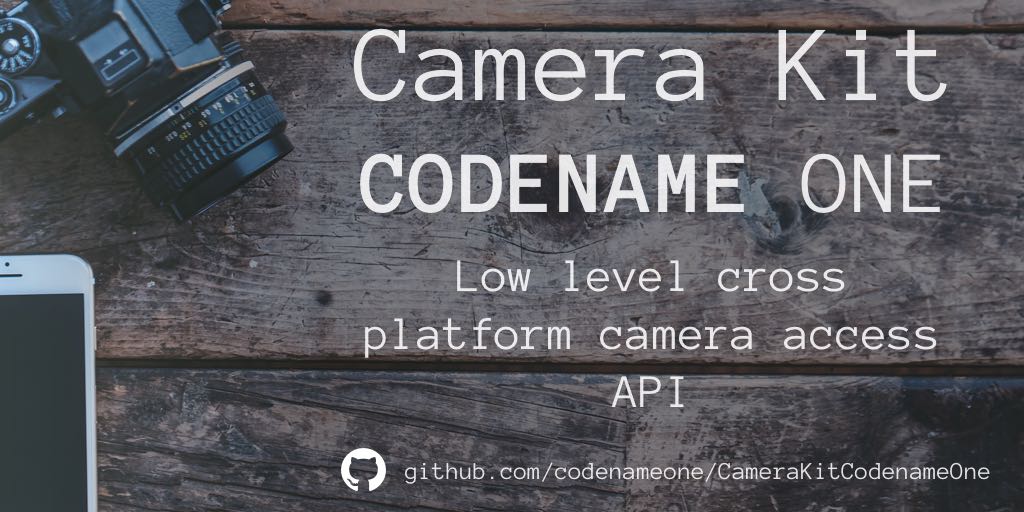 The native low level camera API on Android is a disaster. It’s often cited as one of the worst API’s on Android. To make matters worse there are two separate API’s Camera and Camera2 (yes really). You need to use Camera2 where it’s available but that means no support for older devices. To solve this we picked the Android Camera Kit library when we started building our low level camera support. This proved to be a mistake.

Camera Kit was supposed to reach 1.0 status for about a year now. It constantly moved the goal posts and eventually moved the entire implementation to Android X which meant breaking compatibility on a large scale with existing code. After waiting endlessly for 1.0 we eventually tried to move to the latest beta but this proved unworkable due to the usage of Android X. So we decided to solve this by moving to Golden Eye. It’s a far simpler solution and as a result a stabler one.

We still kept the name for the cn1lib which might breed some confusion so we’re open to suggestions here and might update it in the future.

As part of this overhaul we the library now supports the JavaScript port. It doesn’t support all the features but you should be able to get low level camera access in your web apps as well.

The nice thing is that the API is mostly unchanged. It can still be used with roughly the same API as we had before: https://github.com/codenameone/CameraKitDemo/